As Managing Partner for Navitas Wealth Advisors in Raleigh, North Carolina, Harold is responsible for building relationships and servicing clients out of Navitas’ East Coast office. He has built his career around providing advice for closely held business owners and successful families who are serious about making wise decisions with their money and assets.  He believes that although many advisors are able to manage money well, without the right plan in place, a client’s wealth will not remain sustainable over the long term. When it comes to longevity of family wealth Harold believes that it is crucial to prepare the next generation by helping them understand that wealth is a tool that needs to be properly used as it can be a blessing or a curse.

Harold is the grandson of Harold D. Cooley who represented North Carolina in the US House for 32 years where he served as Chairman of the Agriculture Committee for 16 of those years.  His grandfather wore many hats and laid the foundation for the family’s strong work ethic. Along with his congressional career, he operated a 1,000-acre farm and was senior partner at his law firm.  This created a substantial estate for the family. Unfortunately, at his Grandfather’s death proper asset management and planning were not in place. As a teenager, Harold watched his Grandfather’s hard work and much of the accumulated family wealth unravel. This experience would later shape his business career as he realized the importance of not just acquiring wealth but properly planning and managing family wealth in a way that produces better family and financial outcomes.

Harold graduated from The Mercersburg Academy before starting his college career at UNC-Chapel Hill.  At UNC he was on the varsity swimming and water polo team.  He was exposed early on to the business world through managing the apartment building he lived in, starting a refrigerator rental business and as an assistant college promotion manager for CBS records. Upon graduation, Harold had the opportunity to work for Smith Barney at the Pennsylvania Avenue office in Washington DC. He graduated at the top of his class and received extensive training in Washington DC and New York.

Harold left Smith Barney after five years to become an independent advisor. This was driven by the conflicts of interest present in the wire house channel. This allowed him to eventually relocate back to his family roots in North Carolina and pursue his desire to practice a new concept, financial planning. He later spent a decade with the Raleigh firm of Financial Analysts, Inc., where he served as Vice President in charge of financial planning.

In 1999, Harold established Investment Planning and Management, a boutique investment management and advisory firm with an emphasis on planning. Throughout the years of working with successful individuals and business owners, Harold acquired a broad knowledge of business operations and succession planning. Many of his clients have large real estate holdings and he has assisted with real estate management and tax-free exchanges. As of January 31, 2020, Harold and his team officially merged with Navitas Wealth Advisors, expanding the geographic presence of the firm to the East Coast.

Harold and his wife Kim have four grown children, recently launching the last one. Outside of the office, you might find Harold hunting or fishing with their two boys or hiding out at the farm. Harold and Kim are very involved in their church and Harold serves on board of various nonprofits and hosts ministry events at their family farm. 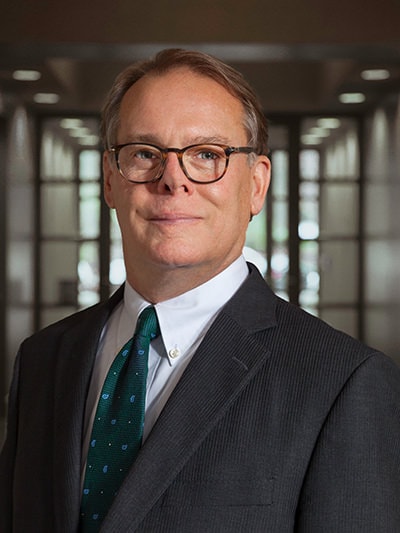